Ramping Up The Selfies

First of all I would like to apologize for my last post, Pillars of Eternity, I made the mistake of saying there wasn’t any voice acting. It was an erroneous statement.  I don’t plan on rewriting my rant but I do acknowledge I was wrong. I still stand by my original point that the game makers went about creating and marketing the game in a less than ethical way and that its initial price, while still affordable, is more expensive than is appropriate based off their development and their marketing propaganda would suggest.

Secondly I’m changing up things a bit. I was berated for not putting references for my opinions. I don’t intend to do much research for this blog unless I am taking a topic super seriously and I need to make a solid argument. I do put several links in my blog which give information concerning my various talking points. If you hadn’t noticed on each link the hovering text has a description and sometimes comments about the topic. I will continue to include the hovering text but it won’t be linked to anything. Rather the accompanying footnote will take you to the link. I do not have nor ever will have inline advertisements. They annoy the hell out of me.

The Sad State of Retirement and Death

I would like to take some time to talk about something serious, retirement homes and death. It was once expected when someone’s parents or grandparents need assistance to live their children or grandchildren would take them into their homes. While it’s true some people still feel a sense of familial loyalty and do just that, however I believe that is not often the case. It’s now common to have the elderly sell their house and move into a retirement home rather than have their kids take care of them. It can be appealing; depending on where they go it could make their last years appear rather fulfilling. No matter a person’s good intentions the reality is that the elderly are going to a retirement home to die. There is little doubt in my mind that their time before the retirement home was typically a much happier and fulfilling time, despite what any retirement home brochure claims.

What Does It All Mean?!

So at this point, if you’re still reading this you might be wondering why the hell I’m talking about old people dying in retirement homes. Well here it is.

While I have many memories of the Sim franchise there is one that stands out more than the others. I remember as a child sitting down at my father’s computer (ironically bought from another company being killed off this year, Radio Shack) and installing SimEarth 5)https://en.wikipedia.org/wiki/SimEarth from several old floppy disks. It may not have been their most memorable game but that never stopped me from playing it for untold hours.

A Simile, No Wait, An Analogy…Um…

Now what the hell does that have to do with retirement homes and old people?  Well I’m sure many of if you already have that figured out, Maxis is the old person and EA is the retirement home. Sure they made some shinny games while under EA, but really they just went there to die. 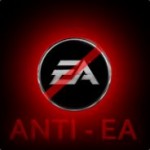 I’m not going to make this whole thing a rant about EA but fuck those guys, while they might make some good, maybe even great games, their bad practices, in my opinion, outweigh the quality of their games and yes I speak with my pocket book. No matter if the game is something I’d want to play if it’s locked into the EA ecosystem in a way in which I oppose, I don’t purchase it. 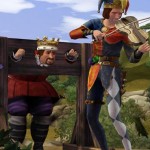 Then there was SimCity “5”10)It was reased in 2013 and titled “SimCity” but it’s commonly called SimCity 5 so it’s easier to differentiate from the original SimCity http://en.wikipedia.org/wiki/SimCity_(2013_video_game). When it was first announced I was excited. I hadn’t found a game that had the right balance of amusing humor and simplistic but occasionally complex city building that the old SimCity games managed to do so well; however my excitement was short lived. The game was going to be always online, which if done correctly might have been alright, but it wasn’t.  They managed to make it worse by saying the game had to be online because it was hard coded to be so, which was complete bullshit. 11)There is a lot out there about how EA messed up so I’m not going to put every link, you can google it yourself, but here is one that talks about the online/offline thing http://www.ubergizmo.com/2013/03/simcity-offline-mode/ They eventually made it able to be played offline after a big enough outrage from the public.  The strong armed tactics of EA was enough to put me off the game.

Old Age Is No Joke

In keeping with the analogy used above you could liken it to an old man with Alzheimer’s disease stuck in an old folk’s home. In SimCity 5 Maxis frequently forgot basic things like where they were, what they were doing and where they were going.

To sum it up I blame EA for causing the death of Maxis through negligence. If Maxis was my parent I’d sue EA for being the shitty, death bed of a retirement home it is. I believe Maxis would have lived a longer happier life if it stayed an independent older company supported by the community that loved it.

So I didn't have enough stones after all and had to go down and do a little southern style mining. -- Watch live at http://www.twitch.tv/therealapatheticgamer