The Death of World of Warcraft 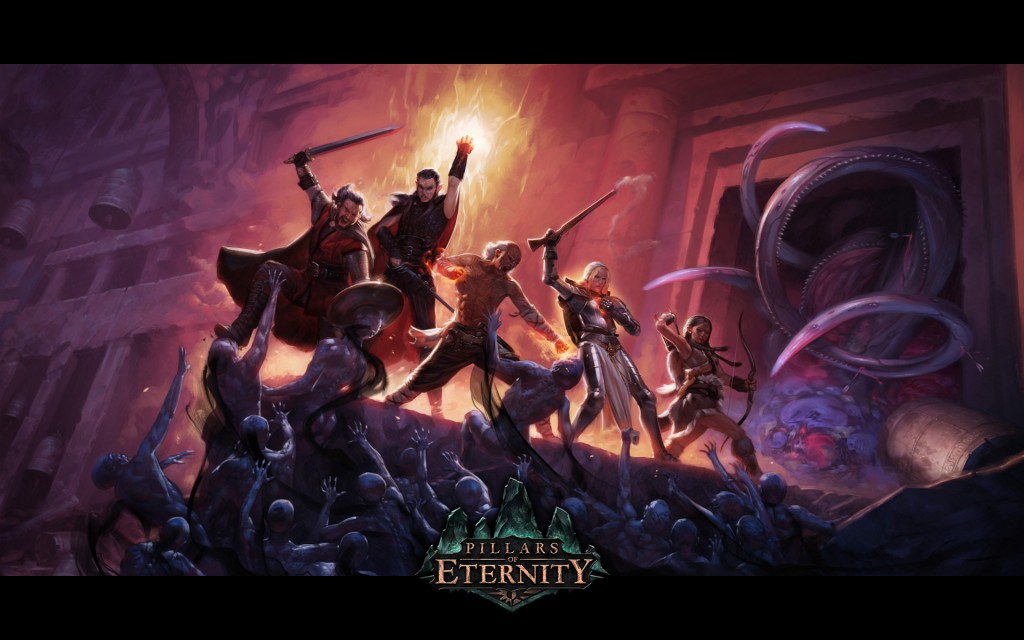 Guess what?  I’m going to do something amazing and not talk about Warcraft, not even a little…well other than to say I’m not going to talk about it. Today is all about a game called Pillars of Eternity, a game which hasn’t yet been released.  It’s a game being created by Obsidian Entertainment, if you don’t know who they are I’m surprised you’re reading this and thank you, but for fucks sake, get out from under your rock and check them out. Anyways, they decided to use Kickstarter to fund this game and it was an outstanding, but expected success.

I remember coming across their Kickstarter Page when they had first launched their funding efforts. They wanted to make an original, modern RPG that heavily pulled from titles like Boulder’s Gate and Neverwinter Nights. It was going to be a classic isometric RPG with heavy character development and strategic combat. It sounded amazing and the images were downright gorgeous. I was very optimistic. I didn’t care for Boulder’s Gate and most of those types of games for a few reasons, cameras were kind of sloppy, I didn’t like the interface very much and there was way too much reading and I’m an avid reader. The stories were great but my eyes quickly became tired reading all that tiny text. However I did enjoy Neverwinter Nights enough to finish it; I found it better than Boulder’s Gate. As a modern game I figured Obsidian would do an amazing job bringing modern innovation to the isometric RPG genre. Boy was I wrong.

Here we are, several months later and the game is nearing released. To be honest I had forgotten about the game till I saw it available for pre-order on steam for $44.99 (with special editions going up to $89.99). Looking at the images I thought the environment looked amazing but reading the description I realized it was just an isometric RPG and wanted to figure out why it was so expensive. Looking around I finally remembered where I first heard of it, but I was surprised and dismayed it ended up so damn expensive. 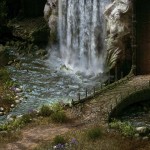 To be fair the game does has a lot going for it. As I’ve been saying, it’s gorgeous, it has very strong character development, a stronghold you can build on (which is something I really like) and they say there is a well developed system where your actions have great and subtle influences over the whole game. While I’m always skeptical of developers who make that last claim, I am optimistic that they, of all companies, could pull it off. So what’s the big deal? 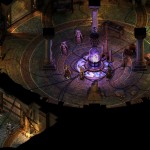 The problem is the game has NO voice acting, it’s all texted based!  In fact rather than put in “expensive” cut scenes they are doing “a choose your own adventure style game” to replace them. Which is a neat cost cutting idea but again, it’s just more reading.  The more you look at it, it is more like they made a 90’s game but with shiny environments. To be honest, I’d be okay with all of this and probably purchase it, but it’s priced like an AAA title but made with a relatively small budget.

Not a Backer? Fuck You.

For instance, compare it to their Kickstarter project prices, they offered it for only $25. I expect backers to get a discount when they support something like that, but nearly 50% off, hell no. I mean realistically other games like this cost $30 and those are ones that aren’t publicly funded and are by small studios without the resources and talent that Obsidian can bring to a project.  A price tag for an isometric game without any voice acting is insane at $44.99, just god damn insane. I have no doubt it will sell very well, which is disappointing. They are going to make so much profit from this it’s mind blowing.

Hey, they’re a company with a bottom line, they are going to make bank, more power to them, but have to call them out for is their bullshit “this is for the fans” propaganda and it is propaganda not just advertising.

They didn’t have to go to Kickstarter, they could have gotten the money the old fashion way, but then they would have to pay for advertising stuff (which they aren’t even doing, they are partnering with Paradox for marketing and distributing). If they had funded it without Kickstarter they might have had to answer to their backers but I highly doubt it.  For as little money as they were looking for…no, not a chance. The company is worth way too much to have to rely on some shadowy, nameless financial overlords

No, they chose to go the public funded way, which is great. It lets people show their support for a project but in mind it’s no longer a private project but a public project (not legally of course but image wise). That’s why this is propaganda, they using their unnecessary approach to change people’s outlook on them and their new project, not just as a product they desire but an image of a company that was not true.

The development process was also public as such things usually are and the developers were more open than other’s have been (I’m looking at you 22cans, you Godus “making” bastards) but at the end of the day, it’s money. They made a great game (probably) which is highly overpriced. They will get away with it because people bought into their propaganda, but the whole premise of this being a game for the hardcore fans is bullshit. It’s about money; the absurd price tag makes that perfectly clear.

When you decide if you’d like to buy Pillars of Eternity keep this in mind, it’s just a texted based, limited cut scenes, NO multiplayer and NO mod support game costing $44.99; while a game, let’s say Skyrim only cost $59.99 just $15 more. It’s true, Skyrim didn’t have multiplayer but it had more complicated and amazing graphics, voice acting and most importantly mod support makes The Pillars of Eternity price tag all the more ridiculous.

With Pillars of Eternity there isn’t any interactive community base aside from the fact that they are playing the same game. It looks like we are back to the 90’s isolated Mountain Dew  drinking, hot pocket eating, basement dwelling gamer.