I’ve been doing something I never thought I would be doing, farming. Not the real life kind of course, gold farming, via felsate. I’ve worked on making money through the auction house and while it worked it got boring. Surprisingly enough farming felslate has been enjoyable. There is something about the mindless menial task that is somewhat meditative. I of course watch TV while doing this.

This is a combined guide and article about the process of farming felslate from basilisks with the occasional seam and mining node.   If you want a barebones guide that gives you the basics and also shows you various routes you can take for mining you can find them at WoW Professions: Felslate Farming1)WoW Professions: Felslate Farming http://www.wow-professions.com/farming/felslate-farming. 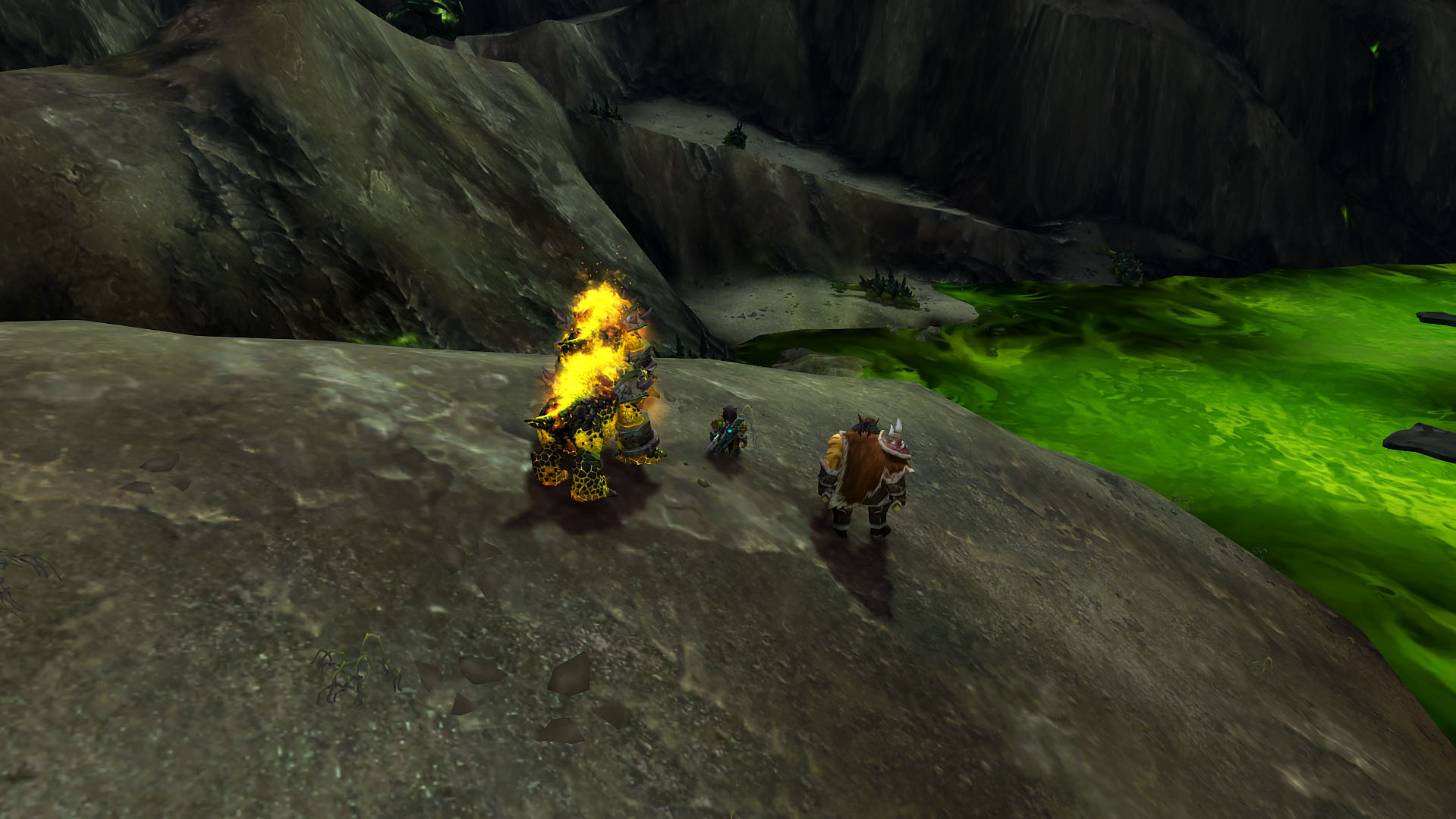 My results assume you have a rank three in each one of the different types of felslate mining,Felslate Deposit, Felslate Seam and Living Felslate. For this method Living Felslate is probably the most important of the three to have at rank 3.  You can find a guide to leveling your Felslate ranks at WoWHead2)Legion Mining Guide http://www.wowhead.com/legion-mining-guide

You should also get the glove enchantment Legion Mining. It helps you mine just a little bit faster which yields a larger haul overall. You should be able to find it on the auction house. I paid 72gd on my server.

If you are revered with the Valajar then it is suggested that you get the enchant, Boon of the Salvager from the vendor Valdemar in Stormheim. Once your gear is enchanted it will allow Salvaged Armor to periodically drop which can contain extra ores. I didn’t have this added benefit however, as my mining toon is not yet revered with the Valajar.

The best place to farm felslate off of 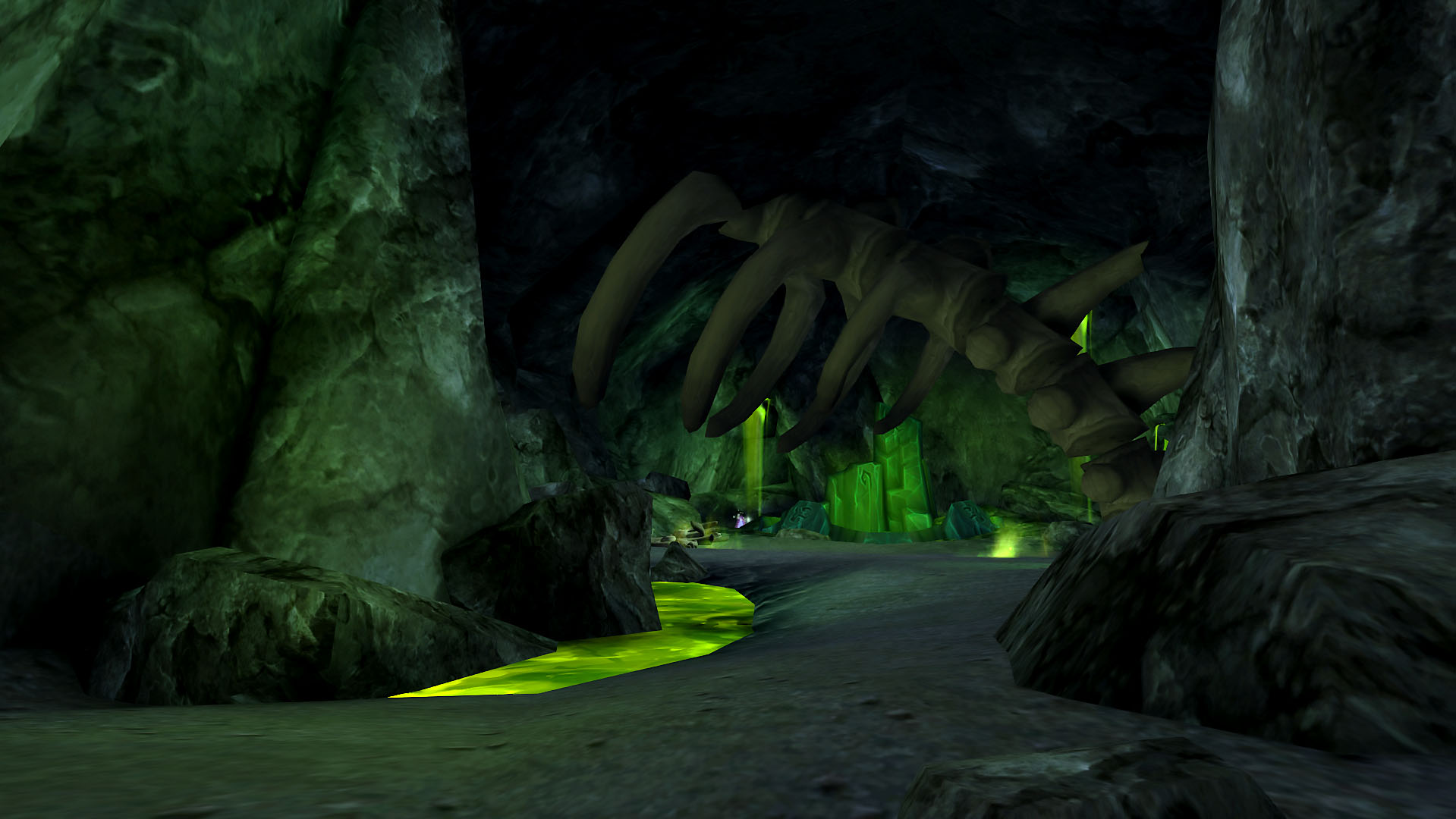 baslicks is no secret, it’s in the northern tip of Felsoul Hold in Suramar. I move in a box like pattern starting at coordinates 28,56. It’s important to maximise your haul by mining any nodes which appear on your mini map.  I make sure to go into the cave, there are two basilicks that spawn in there as well as a seam and up to three mining nodes, two of which can be a seam. Once I kill the basilisk in the cave I move down to  29,59 which usually has one or two mining nodes in the area. I then move over to 27,62 then up to 25,60.

From 25,60 I cross the green lava and go back to 28,56 and repeat the process. If you have flying, which I don’t currently have, this will go all that much faster. For my part I have to swim through the lava. Also keep an eye out for any ancient mana nodes. It’s worth tapping them if you see them for the chance to get an Ancient Mana Crystal, just another thing to sell.

My results are from 20 days worth of farming for approximately three episodes of Frasier (1 hour).

Based on my server’s auction house performance I get anywhere between 10-13k an hour, not including any green items that might sell.

There are a few problems with doing this, mainly, this is a well known spot. About a quarter of the time I encountered other people farming the same spot but in every case they were using the add-on to server hop so they rarely interfered with my farming other than in one or two isolated segments. You will also get the random quester who kills your basilisks but usually they loot the body leaving behind the corpse to be mined.

If you find that competition is to stiff on your server you can always install the add-on Server Hop3)Server Hop Addon https://www.curseforge.com/wow/addons/server-hop . It allows you to hop to various servers by finding open groups in the group finder. I have not personally used it but it is recommended by many other farmers. Note that the original creator no longer works on the add-on.

If you are looking for something to pay for your WoW subscription then this is one of the many things you can do. I think it is probably one of the most routine and simplistic thing you could do. You won’t make the kind of money you can by playing the AH market or leveling up an enchanter. This is basically the entry level of farming and uses the least amount of trader speculation.

I show show my level of button confusion and talk a bit about this part of the game. -- Watch live at http://www.twitch.tv/therealapatheticgamer