The Apathetic Gamer > Reviews > Full Reviews > Diablo 3 Patch 2.3 and You

It’s no secret that a major patch for Diablo III is nearing. If you wanted you could go to battle.net right now and try it out on the Public Test Realm (PTR), but if you’re like me and you would think playing the game on a server that is just going to be wiped is downright idiotic, you won’t be doing that.  However, I did jump onto the PTR to get a look at some of the new features just, not for me but for you, the reader. The two major updates in the Diablo 3 Patch 2.3 are Kanai’s Cube and the Ruins of Sescheron.

The Ruins of Sescheron is a nice little addition to the game and I appreciate the nod to Diablo 2 but it can it only be found on Adventure Mode, which is a bit of a drag. A new area with a few new monsters is always welcome but it still felt like the zone was only made to introduce the biggest addition to the new patch, Kanai’s Cube. 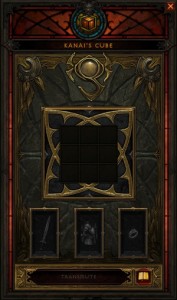 If you remember the Horadric Cube from Diablo 2 you might have some clue as to what Kanai’s Cube might be. In the abstract sense that you put stuff in to a cube and get new stuff it does act like the Horadric Cube, which is understandable given the lore of this new Cube. Essentially Kanai’s Cube is a souped-up version of the Horadric Cube which was banned by the Horadrim then hidden away to never be used, which of course fails because you go and find it.

Additionally the name Kanai was chosen as a tribute to Kevin Kanai, an artist who worked at Blizzard for nearly a decade before he succumbed to Alveolar Soft Part Sarcoma (ASPS), a rare cancer, in October of 2014. I find it to be a very thoughtful tribute to their friend and co-worker and I’m glad they shared the story of his legacy with us and immortalized him in a game he helped to create.

Mechanics Cubed3) A detailed explanation of the mechanics of  Kanai’s Cube http://www.diablowiki.net/Kanai%E2%80%99s_Cube#Extract_Legendary_Power

Kanai’s Cube allows you to do several things. The easiest and most obvious thing is converting items. You can put in a legendary item, with a few different crafting materials and you will get a random new legendary item. Just don’t make the mistake I did and assume if you put in a ancient item it will reroll another ancient item because it probably won’t. When you reroll it rerolls all properties, including the ancient property.

The seconded great thing is rerolling set items. Let’s say you get four leggings of the same set but nothing else, well you then go and use the Cube to reroll three of the four leggings; by doing so you will get different slots for the same set, making it a lot easier to finish said set. Maybe I’ll actually be able to finish a set I want for a change.

Then there is the most important aspect to Kanai’s cube, extracting legendary powers. Through a rather tedious process you can strip a legendary’s power and apply it to another item. It’s a great mechanic but as I said it is a bit tedious. First you have to have the power you want to strip off an item then you have to go hunt down materials by finishing enough bounties to get several Horadric caches. It’s a rather long process.

There are several other uses such as upgrading rare items, converting gem types and crafting material as well as creating portals to Not the Cow Level and The Vault. 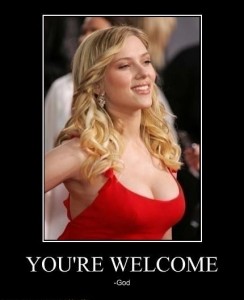 Boiled down to its basic components the new patch will give you a reason to get rid of your giant unused stash of crafting material’s and force you to go and do butt loads of bounties to get new crafting materials for Konia’s Cube. In some respects it’s downright dumb; back in June 2014 in patch 2.0.6 they removed Legendary Materials and now they are basically adding them back in.
As far as I can tell they are only adding in the special cube materials so people will go and do bounties. I understand the desire to make bounties important, but I don’t think this is the way to do it.  At least the chance of getting those items is 100%, provided you are at least level 65 and at level 70, depending on the difficulty, setting you can get more than one per cache.

Still, despite the additional grinding I look forward to messing around with the Cube when the patch goes live. Unlike Legendary materials I will know when I do the thing to get the material I will actually get the material, which is a big plus in my book.

How I make my basic frame for my "quick and dirty" towers. -- Watch live at http://www.twitch.tv/therealapatheticgamer