The Apathetic Gamer > Reviews > Full Reviews > Voxels, Trove and I 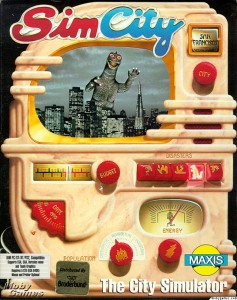 I’ve loved sims and sim like games since I got my hands on the original SimCity as a child. As technology progressed and computers were able to handle more complicated information the sim games increased in complexity and scope. I swear some of the SimCity like games out there are more complicated than running a real city! It wouldn’t be a stretch to say I’ve became disillusioned with the genre. It wasn’t till I encountered voxel-based games that I realized the reason I hated modern sims, it turns I didn’t really likes sims in the first place I liked to build stuff and back in the day sim games were all there was. 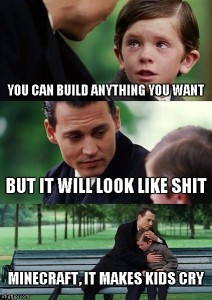 My first exposure to voxel-based games was much like everyone else, Minecraft. However unlike most others I hated that game with a passion. I loved the concept but I couldn’t get past the god ugly graphics and terrible UI. I kept my eyes out for new games using voxel-based engines and I was rewarded by finding Terraria when it came to Steam. I’ve put over 350 hours into Terraria and I’ve loved every minute of it; still, I felt there was something missing and I quickly figured it out. It was missing levels, classes, and a story. I wanted a full blow voxel RPG.
I’ve tried a few mods that added something like that to Terraria but as great as they were they still fell short of my expectations. I’ve continued to keep an eye out for new games but most have been just clones with a little tweak here and there. Then last year I stumbled onto this game called Trove1)A link to Trove’s Main Page http://www.trionworlds.com/trove/.

Trove is a voxel based MMORPG. When I first heard about Trove it was still in closed beta, luckily I got in. It promised a lot, tons of user-made content, randomly generated worlds and dungeons, your own little plot of land that you could take with you wherever you went and a static world for ever player where they could build and share to their hearts content! I fell in love with the game concept immediately.
I’ve played the heck out of Trove game; there were lots of problems to be sure but it was closed beta, there was more than enough time for the game to come to its fullest potential. The UI was crap, chat functionality was minimal, the absurd amount of extra workbenches was insane, and there weren’t many interesting dungeons but I had a vision of what the game could be.
What I looked forward to was interesting game play, dungeons that were not just hallways to run through but were engaging and had a story. I wanted more interaction with the character and the environment. Sure I could destroy and build whatever I wanted but there was no way to sit down. There were recipes to make a throne or a chair but it was the size of a block and your character, is about the size of one block. The scale between player and environment was just way off. 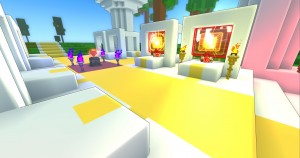 Now let’s skip forward a year, the game is released, the UI, which I’m still not used to, is much better, the graphics of been polished making the blocks, in conjunction with lighting effects, look even better, there are a lot of dungeons and they combined several of the workbenches. When I started there were only two classes, now there are eleven.

There are lots of reasons to like this game

It’s Free: Unlike other free games it doesn’t feel like it’s a money grab. You can play the game without ever paying a dime and still fill like you got the whole experience

Frequent Updates: They update this game like mad. They try to do something nearly every week, even if it’s just adding additional player made content

Player Made Content: They weren’t joking about player made content. You can submit your creations to be in the game, all the way from full blown dungeons down to a hat or shirt.

Persistent Worlds: While the worlds that you adventure in are temporary and randomly generated, every player can also create their own persistent world called clubs. These act like guild worlds. You can invite friends to come and help you build or just have them over to check it out. Not only that but you can share it will lots of people, there is a network in game to show off various club worlds.

While there are lots of positives, there are also some draw backs

Player Made Content: While it’s great that lots of player made content is in the game it also makes the game less cohesive. They try to keep things appropriate for the various regions, but the fractured nature of all that extra stuff can tend to detract from the immersion.

Sharing Persistent Worlds: It’s great to be able to have the world but the network in the game to have people randomly find it doesn’t work. I’m not really sure if anything would when you consider the amount of worlds there has to be; regardless it is a disappointment.

Random Recipes: The bulk of recipes that you can learn to create for our world is staggering but that creates the problem of trying to get that one recipe that you really want. This is more directed at the basic building blocks. You get a good deal of them to start out with but ones you don’t get are hard to find and there isn’t any clear way to go about earning them.

Bags/Inventory: There is so much crap in the game your bags and chest can become messy very fast. There is no easy way to filter items which makes rather hard sometimes. However it looks like they are tackling inventory space in there next content patch so there might be some relief there. 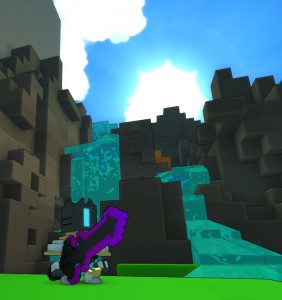 What I Wanted It To Be

It was and is a fun game but I was disappointed on release. The game didn’t meet MY expectations; it came nowhere close to what I wanted. That doesn’t say anything about the game, it’s a solid game, I enjoy it and urge everyone to hop on and mess around. What it does say is that I didn’t find the game I imagined when I first started playing Trove, the game I’m still looking for; an engaging, polished voxel-based, immersive RPG, that allows you to easily share your world and invite friends to join you.

Despite not being the game I hopped it would be, in the end it’s still a great game, despite being based on giant blocks, it looks great and it’s free. If you want to build things and kill stuff this game is for you. I’d give it a solid 8.