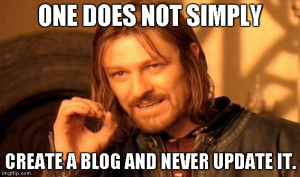 So things happened last week, all by accident that made me decide I was going to talk Esports. The first was a major DoaT 2 tournament with a prize pool that reached over $18,000,000 with the top team taking home over $6,000,000. Second was a short conversation with friend about said tournament and his suggestion “Why not write an article.” Then when I got home I started watching Game Theory videos on YouTube and one of them randomly focused on Esports1)The link to the YouTube video in question  https://youtu.be/qYlpxFWXCM8. I figured fate must be trying to tell me something and I thought “Fuck it, I’ll listen to fate for once” and so I decided I was going to write an article about this whole Esports thing, but not just a generic article or rant, something more substantial. So on Monday I sat down to start working on it.

I downloaded Smite and reinstalled DotA 2, League of Legends, and Heroes of the Strom. I wanted this article to touch on a little bit of the history of Esports with a focus on MOBAs, an overview of the ever increasing money being thrown at Esports, a bit about why you should care, as well as a review and comparison of the current major MOBAs. 30+ hours of game play, several hours of reading and research, and 2,000 words later the article still isn’t done.

Typically I try to keep my posts to 800 words or less. Going into this I knew the article was going to be longer, I was thinking around 1000, but I’m well past that mark. With that in mind last night I decided I was going to break the article into two parts. As I’ve continued working on it today I’m thinking this two part article might end up being three parts. I guess we’ll see when I’m finished. So why am I blogging about writing an article for my blog?

Easy, to keep you guys engaged! I’ve promised myself that I would make at least one article, review or rant a week. As of right now the article is obviously not done and I doubt it will be read in the next day or two. So this post covers my once a week post. Plus I make to make sure everyone who takes the time to read my blog knows I’m still here and actively working on stuff.  I think the upcoming article will have a lot of interesting tidbits of information as well as a great comparison of the major MOBA’s from the perspective of a casual hardcore gamer, aka an apathetic gamer, me!

Oh and along with the posting of this update I’ve added a YouTube links section to my Resource page. I’ll be updating it with interesting YouTube Channels and videos as I find them. Right now there are two channels and one video. If you have any suggestions let me know!