Ring Runner: Flight of the Sages

Ring Runner: Flight of the Sages 1)Link to the Ring Runner website http://ringrunner.net/

Small preamble: This is the first short review or Runty Reviews3)A link to the post where I talked about the Runty Reviews http://theapatheticgamer.com/the-runty-reviews/ as I’m calling them. I find some games don’t need a long review and I’m happy to start it out on a positive note because believe me, not all of the games will do so well.

Description: The game is a Newtonian space shooter. It features customization, multiplayer, and a strong single player campaign with a deep and rich universe. 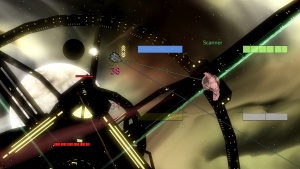 Dialogue: The game has some well written dialogue. It ranges from humors to downright philosophical and they don’t hold back from making fun of themselves. They also reference so many pop culture references, usually in a fun and entertaining way, that I wouldn’t be able to list them here. They also released a companion novel that ties in with the game. Based off the quality of the dialogue I will be buying the book.

Customization: One of the most prominent features is the ability to design your own ship. There are 6 ship types and each type has several different hulls and each hull has slightly different equipment slots. Needless to say there are at least hundreds of different configurations you could make.

Single Player: Before writing this review I played the game for around 27 hours. According to the game description they estimate a 30 hour single player campaign, which seems to be a bit of an overestimation.  If you play at the lowest difficulty and don’t fail any missions and you push yourself, you could probably finish the game in 10-15 hours. It starts out linear but then you are able to hop around the galaxy in any order you’d like. They do a good job at creating a unique universe.

Mini-Games: There are a handful of mini games that are weaved into the campaign, most of them are enjoyable. I patricianly liked the asteroids game but that’s because, well, I grew up loving that old arcade classic.  You can also play the mini games independent of the story line to earn more money. However some of them feel a bit clunky compared to the games they are based on.

Multi-Player: I will admit I haven’t played the multi-player but it does exist. I played all of the game types that you can play in multi-player but I played bots. The game features both online match making and local co-op. So I can’t guarantee that the random match making will go well, but the different modes they have are fun and would be a blast to play with friends and yes, pun intended.

Small Install: Not normally something I’d point out in a review but when I was installing the game I noticed the whole install was less than 300mbs. I’ve seen simpler and less engaging games take over a 1gb. This makes me think the programmers did a good job at optimizing their code, something that is harder to find than it should. The game performed flawlessly. 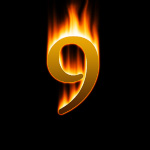 I’m happy to say that I rate this game as a 9 and that’s no small feat, I feel I’m pretty harsh when it comes to rating games. Anyone who enjoys a top down space shooter will love this game. The game has been out since 2013 and I have no idea how it managed fly under the radar for as long as it has. I managed to buy the game during a sale for $0.99, which is a great deal considering it’s normally priced at $9.99 but I assure you, the game is well worth the full price.

How I make my basic frame for my "quick and dirty" towers. -- Watch live at http://www.twitch.tv/therealapatheticgamer