Ring Runner: Flight of the Sages

Hero Siege1) A link to the game’s Steam store page. Normally I don’t link to a store, but it seems like the only page that had the right information for the game http://store.steampowered.com/app/269210/

Publisher: Panic Art Studios2)A link to the publisher website, they seem to just use a Facebook page rather than a standalone site https://www.facebook.com/panicartstudios/

Description: Hero Siege is an action RPG similar to games like Diablo but adds a slight rogue like twist.

The mechanics of Hero Siege are fairly simple. You pick a class, load into a generic city and go through a portal to start your first level. Once you go through the portal you are confronted with a small arena filled with environmental blocks and traps. You are then attacked by waves of enemies until you reach the final wave, then you fight the boss. Once the boss is defeated you move onto the next area and do the same thing all over again. That is the basic flow of the game.

Character leveling is also fairly simple. Each time you level you gain attribute points and a talent point. You can then spend them between health, mana, defense and damage. Each class has their own small talent tree that defines them.

The controls are equally simple. I found using an xbox controller to be the easiest method. One control stick dictates which way you move and the other activates your weapon; abilities are mapped to the front buttons and triggers.

The one special mechanic would probably be relics. You find them in several places, typically when you beat a boss. There are dozens of different relics with benefits that range from stat bonuses to special timed abilities. Sadly, in the end, they don’t add as much to the game as I had hoped, unlike normal equipment relics do not stay with you in any sort of way after you die.

Like all rogue games, when you die, you die and then play through it all again, sort of. When you die you lose any relics you’ve found and start the game over, however when you beat a chapter you will get an additional portal in the starting city allowing you to start at the beginning. You also keep all your no-relic gear, gold, crystals and character levels, which is why it’s rogue like and not a straight up rogue game.

I do like the fact you keep your gear and level. It would make the game worse if you didn’t. There is also a mechanic that accompanies many rogue like games and that’s an account wide shop. The shop in this game is nothing more than cosmetics. What makes it worse is that there are two different currencies. One is gold. Gold can be spent in the shops that are found while you are going through the game and the items you can buy apply only to the one run. (By the way there is no indication that there is an in-game shop. I only found out because I got fed up and looked online. This kind of bad designing was a continual theme.)

The other currency, the crystals, is what you use in the account wide shop. They are harder to come by which makes it all the more annoying that you can only by cosmetic changes. A key component in a game like this is a shop that you can buy permanent upgrades for the whole account, similar to One Way Heroics3)Here is a link to an old review I did concerning One Way Heroics http://theapatheticgamer.com/one-way-heroics/.  In One Way Heroics you can buy classes, new skills, new slots and other similar abilities. It was fun and useful. Hero Siege misses the mark big time. Heck, they could have used their relic mechanic really well here. After you find a relic you would be able to unlock said relic from the shop and use it in future playthroughs.

Random number generator style items are a staple of this type of game and Hero Siege is no exception. All their gear, other than relics are created by a RNG engine. I’m not a fan of RNG based items, they seem to be creeping into too many games now a days, but for this type of game I usually give it a pass. The implementation of RNG loot in Hero Siege is abysmal. Drops are not uncommon but they are almost always useless. It’s not that their numbers are off for my character class; it’s usually that they don’t match the level and location that I’m playing. They needed to rework the RNG code to create tighter, more useful, drop tables. For example I spent 2 or 3 hours of game play and didn’t receive a single upgrade and my gear wasn’t that great to begin with.

This, combined with random relics can really affect game play. I’ve had runs where I’m kicking ass and then other times I get my ass kicked and usually by some sort of combination of abilities that hit me at once. 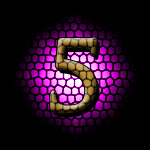 Summary4)As always you can find an explanation on the rating system I use on the following link http://theapatheticgamer.com/rating-system/

Hero Siege fails in so many ways it’s hard to even say it’s a Diablo clone. The game has flaws from concept to execution. The RPG elements are nearly nonexistent. The city load area is pointless. The rogue like element is awkward and poorly utilized. Some might even say there isn’t really a rogue like element. The game doesn’t have a single explanation of what the hell you’re supposed to do, not even a digital manual and there are even smaller annoying quirks I personally dislike.

It’s not all bad though, the game has a nice art style, it runs quickly and smoothly despite bugs that affect game play. Then there are the traps, they do decent damage and you can use them to kill monsters. The developers are still actively talking about the game and releasing content, although most of it comes in the form of DLC. (Which by the way is integrated into the game in such a way that when you buy just the base game, it makes the game look even more incomplete)

In the end I wouldn’t recommend this game. More often than not, it’s just frustrating and not because the game is challenging, but because the game is designed wrong. If you disagree with me then I suggest you buy the game, when it’s on sale, and try it yourself and let me know what you think. Hopefully the small team of developers will chalk this up to a learning experience and take what they’ve learned and use it in their future endeavors. I do believe that the game’s premise, if executed properly, could have made this a unique and solid game.

The end of the tower. You'll see me put on the finishing touch of the chimney and boom, it's done. -- Watch live at http://www.twitch.tv/therealapatheticgamer