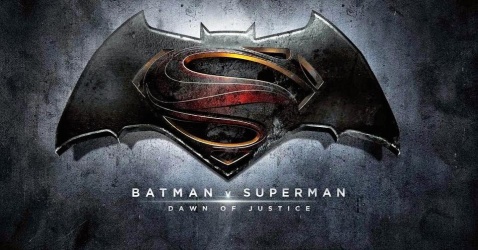 I don’t often write about movies or review them but there is just so many negative reviews out there that miss the mark and even when the reviews are positive they manage to get things fucking wrong. It annoyed me. This started as a Facebook rant so the format doesn’t follow a normal format and is broken down into specific complaints

However before I get into my rant about stupid reviews I want to explain what I saw when I watched the movie, something I don’t think any reviewer bothered to pay attention and notice something beyond the title. I will leave things a bit generic and will try to avoid as many spoilers as I can but three will be a few otherwise I’d probably sound crazy.

Batman v Superman: Dawn of Justice followed The Passion of the Christ. The idea of Superman as Jesus isn’t something new and it’s been explored for a long time. I believe Snyder fully embraced this and modeled the movie after The Passion of the Christ. Keep in mind when I say Passion of the Christ I’m not talking specifically about that 2004 movie but the cultural history surrounding the Passion such as iconography, plays, art history, the whole concept, not a specific piece of work. Batman v Super man is littered with philosophical and meta-physical issues. He draws heavily on Christian and the Western Art Traditions for numerous scenes. An easy one to point out is when Superman saves a girl on the Day of the Dead down in Mexico. Supporting these images are different viewpoints among the people of the world towards Superman and I find its these viewpoints that leads to a narrative that drives the main character’s actions. I think it’s this approach to a superhero movie that is throwing people for a loop and they don’t even realize it. In the movie the  individual characters do make an impact on our world but in reality it’s the world that creates situations for those characters to act, a different standpoint than most superhero movies. In most movies it’s the characters actions who are driving the world which is unrealistic but is very simplistic and doesn’t make people think. This movie does the hard thing and ignores the simplistic approach and thank god for that. 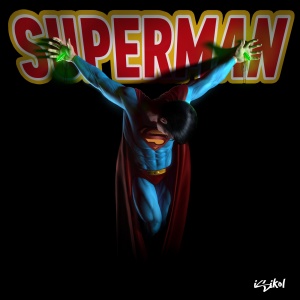 Anyways, back to the Passion thing. Skipping over a lot of the little things, the talk about demon and devils, the way that Superman is “tempted” at a point to go evil and a little bit about him in the desert being evil, ruling the world and all that stuff that the Devil tried to get Jesus to do, I’ll go straight to the end. Considering I’ve already said this is about the Passion and in that Jesus died (sorry, forgot to say spoiler, hope I didn’t ruin the Passion for you) I don’t think I’m giving anything else away when I say that Superman dies. Without giving many details he is killed by a spear like object. Then when he is on the ground you see a man and two woman standing around him with a faint bit of light illuminating them that has no source and in the back ground there are three power poles that look remarkably like “crosses”. After that there is some dialogue that made me shout, “Oh shit, Snyder made him an Apostle.” Then I swear when you hear heart beats you hear exactly 3 but I could be remembering incorrectly. When I see the movie again I’ll make a correction clarifying this. Then take a look at the opening day, March 25 2016, three days before Easter Sunday. There is a large part of me that expects that they will make some sort of an announcement about the next Superman movie on Easter. It would fit.

The Acting is Flat

The claim that the actors are flat is one of the most reasonable claim although I don’t think it’s that simple or all that accurate. The movie is pretty meta-physical and a lot of the story is told through cinematography rather than an actor’s emotions. I still think they did a fine job on the emotional front but it wasn’t outstanding. It was solid and reasonable. I mean, look, did people want characters sitting around crying in a dark corner?  People work through a lot of their emotions alone and silently. Rather than many movies that express the character’s internal struggles through external dialogue and interactions they chose to do this amazing and often unused filming element (at least for superhero movies), this thing called cinematography. The telling of a story through imagery, you know that thing that makes up most of a movie. This is done and done well but seems to have been ignored by every review I’ve read.

If the reviewers leave out any talk about the philosophical and meta-physical and don’t point out the Passion of the Christ and the deep and well planned imagery, then they really didn’t watch the movie I did and should re-evaluate their job and their own bias. Hey,

Wayne’s first costume. Who knew that his second choice would fit so well?

While I’m at it I will admit some bias too. I like the grittier take on Superman and I will freely admit that Christian Bale is my favorite Batman and the trilogy is one of my favorite groups of movies of all time. I think it was a non-supernatural world Batman done right. The direction they have been going with Superman is the same except with actual super powers.

I also saw some complaints that the movie didn’t focus on any characters and it just set up for future movies that will splinter out to individual movies for individual characters. It’s possible that they will splinter most of the movies but I hope not. The approach they are taking to the Justice League feels a lot better than the Avengers. The marvel movies feel like character movies with a throw in Avenger movie that is flashy with little substance. This did not.

The point is people that people are bringing their own bias to the movie which ends up with reviews being more about their bias than the movie as its own piece of work. It’s not perfect, there are flaws minor flaws but those involved with creating this movie made a choice to add larger, bigger issues with elements of story telling you don’t often see in action movies. It pisses me off that they are being ignored or even worse, misconstrued as clutter. Art in an action movie? Fuck yes please!