Description: A fantasy based survival game with a heavy focus on mining, crafting and exploration.

The biggest problem? It didn’t work. It froze my computer twice. The first time I couldn’t open the task manager to shut it down and I had to restart the computer, I can’t recall the last time I had to do something like that. My total play time is 33 minutes and 30 of those minutes I was stuck in loading screen that didn’t move. Alas this is one reason why I avoid Early Access games, they are often buggy and frustrating, which is understandable. Normally though, they will at least load.

I have kept my eye on this game for some time and when it appeared in a Humble Bundle3)A great place to support charities and get cheap games www.humblebundle.com I couldn’t resist picking it up.. It has exploration, magic, monsters and most importantly building. It touches on all the things I like, it should be a great game and maybe it will be, who knows. What I do know though is that I don’t trust Signal Studios. And why is that you might ask?  Simple, Ascend: Hand of Kul

Ascend: Hand of Krul was a very promising game made my Signal Studios, first released on the Xbox 360 then on the PC as an Early Access game. For over a year the game was put on the back burner, it had frequent server issues, many of them game breaking. The community manager swore up and down that Signal Studios was going to work on the game but unsurprisingly the game was shut down and removed from steam on June 20th 20164)Wiki entry for Ascend: Hand of Krul https://en.wikipedia.org/wiki/Ascend:_Hand_of_Kul That put a bitter taste in my mouth.

However the studio is actively developing Savage Lands and do they do keep in contact with the community. That being said they are well behind their Early Access time table5)There early access time table http://savagelandsgame.com/#community and have not been updating it like they were  earlier this year. I hope they don’t decide to move on to another game and leave their customers high and dry once again.

If they ever finish the game I will revisit this review. 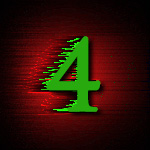 A game with a lot of promise but still in early access. It wouldn’t even load the game beyond character creation. The studio has a lot to prove to this reviewer considering their game Ascend: Hand of Krul was abandoned for over a year in Early Access and then removed from steam. Hopefully the same won’t happen to Savage Lands