Ramping Up The Selfies

Greetings readers, my name is Moghedien and I’ll be your guide.. This is the first installment of my on going series of Warcraft Travel Reviews I’ll be journeying through Azeroth and sharing my very candid reviews of the places I visit, for you the curious readers and future tourists.

(In case you were worried this isn’t a second writer I just thought it would be more fun and interesting to write from the perspective of the character.)

My first stop was at swank little B&B called Karazhan. It’s conveniently located on the way to Darkshire from the Swamp of Sorrows in Deadwind Pass, 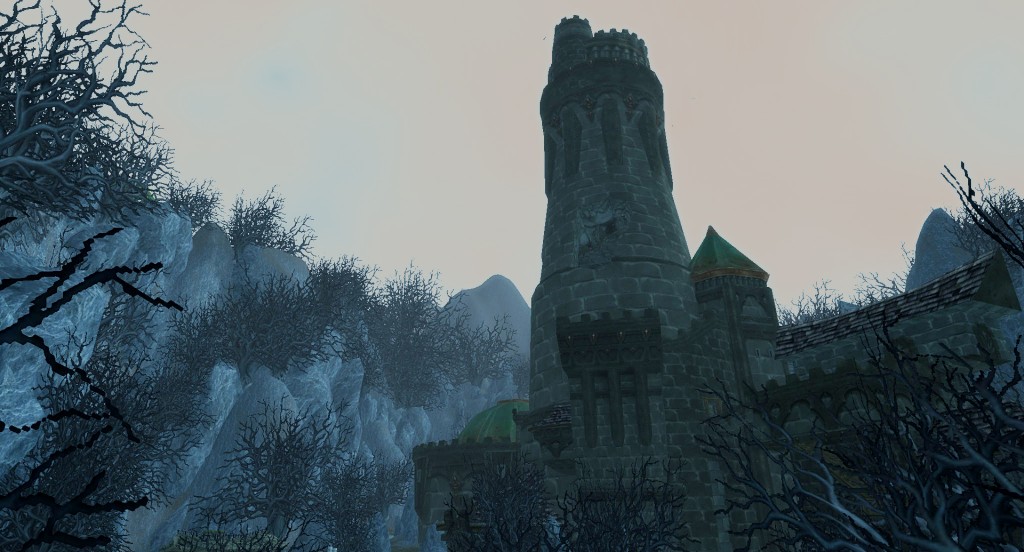 As you can plainly see the towering structure has seen better days but don’t let that fool you, it’s still full of wonderful decor, plenty of food and “lively” entertainment.  The surrounding area is filled with interesting rock formations, a slow moving stream filled to the gill with fish and for an a bit of sensual flair for the nature lovers out there the trees remain bare all year round. 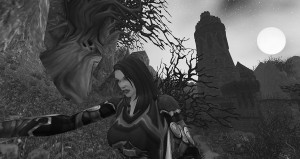 The only thing missing was a picture of me standing in this most wonderful scene so I decided to take out my newfangled S.E.L.F.I.E. Camera. It is very fancy, it’s the newest model, MK II. Not only does it allow perfect shots of me, which honestly, is easy no matter what camera you have, but it also has several filters to choose from! Here I chose to use the black and white filter. I hope you’ll agree that my choice of filters was best in highlighting the beauty of the landscape, because you’d be wrong if you didn’t. After being disgusted at my horse for pooing while I was posing I made my way to the inviting halls of Karazhan. 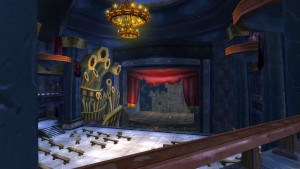 Once at the tower I was imitatively but silently greeted by a stable hand who dutifully stabled my horse. I was then warmly greeted at the door and invited in for the evening. Before I could ask where I’d be staying I was surprised with tickets to an Opera. I was shocked, I had no idea that such a remote location had an opera house. I was informed that they didn’t, there was a whole opera wing right there in the tower. They made the outlandish claim that it was the best in all the planes, as weary of their claims as I was I decided to check it out.  I will have to admit it was a magnificent theater, even if it was a bit rundown.

I was honored with a balcony seat, however the attendance was so poor I would have preferred a seat at the floor level. I don’t see any reason to sit so far above the rabble when there aren’t any rabble to lord it over. After the performance I was famished so I headed for the common room for dinner.

Not so Common Common Room 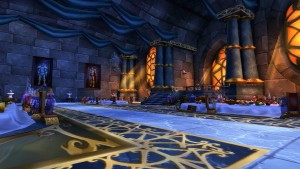 I was again surprised by the archaic lavishness of the dinning area. It was fit for a king, although my house’s private dinning room is a bit more grand. By this point it was becoming self evident that Karazhan was built with a lot more traffic in mind than they were currently getting. I can’t complain to much. While the room was a bit dusty the food was  tasty and plentiful. The dust in the area did lend a certain quality to the  ambiance by highlighting the streams of light coming from the windows.  At the time it didn’t seem so odd but thinking about it, it was night outside. While the moon was full I highly doubt it was bright enough to cause the light streaming in through the windows, but it could have just been a spell too. Either way it was a lovely touch.

Despite the lovely atmosphere it was lacking in good company which disappointed me as I was in a rare friendly mood but I quickly found where everyone was gathering. 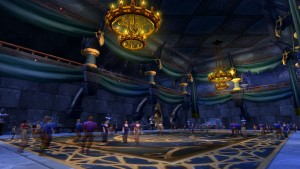 Down the hallways I heard the echoing sound of music. Once I was satisfied I followed the wonderful sound of music. I was greeted by a room full of dancing patrons. I understood why the Opera and Banquet Hall were so empty. Everyone was here having fun. I was late to the party, everyone was already faded, but that didn’t phase them one bit, they were still dancing away.

Not a single one of them left the dance floor while I was there. I never did manage to join in but I was having fun just listening and watching. I was having such a good time I could help but pull out my MK II and take a picture of us having so much fun. 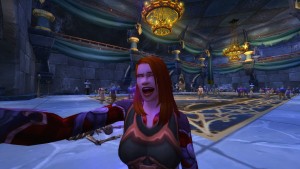 Feeling so  very tired I left the Ballroom.. I decided it was time to make my way up to my room for the night but unknown to me the night was just starting. You’ll never guess what lay in store for me that night, I know I couldn’t have.

Just a few minutes at the start of the game, talking about who I am and why I'm doing this. -- Watch live at http://www.twitch.tv/therealapatheticgamer