What the Damn Hell White Wolf? 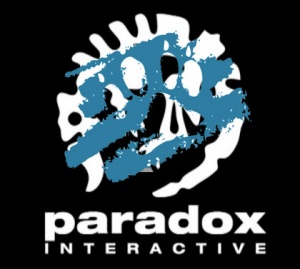 My first thought “Damn, White Wolf games are screwed”. I don’t have much faith when it comes to table top games being transitioned into computer games. Sure there have been some hits with D&D based games but there are more examples of mediocre to crappy games. The same thing can be said for movies based on both video games and table top games. However this announcement was different than most crossover announcements, they didn’t buy the intellectual rights, they bought the whole damn company. So now a developer and publisher of video games owns a company that makes pen and paper games. I thought that was odd and I decided to catch up on what White Wolf has been doing. What I found was surprising.

I admit I’ve been pretty big into pen and paper RPGs but it looks like I’ve been out of the loop for a while. Paradox Interactive would have to work pretty hard to screw up White Wolf Publishing more than White Wolf screwed themselves. Back in 2006 White Wolf merged with CCP Games, makers of EVE Online. There were plans to make a World of Darkness MMO but it never happened. Frankly, the fact I never heard of this merger surprises me. If I hadn’t heard about it during all that time then either they didn’t promote it or people just wanted to ignore that it happened. I’m going to assume the latter. Don’t worry, the crazy doesn’t stop there.9)Most of this came from the wiki page for White WOlf Publishing, you can find the long explanation here: https://en.wikipedia.org/wiki/White_Wolf_Publishing#Overview

In 2012 White Wolf/CCP Games announced that they wouldn’t be publishing any more pen and paper RPGs. They were just done. That was White Wolf’s bread and butter and they just pooped all over it. Luckily a newly formed company, Onyx Path Publishing founded by White Wolf Creative Director Richard Thomas, bought the rights to Scion and Trinity Continuum. They also obtained licenses to publish World of Darkness, the Classic World of Darkness, and Exalted.10)I got that definitive info from the Onyx Path Publisher’s page, hope they weren’t lying to us http://theonyxpath.com/about/faq/

What This Means for White Wolf

As far as I’m concerned White Wolf is dead, it died years ago. A legendary pen and paper game publisher couldn’t transition to the modern world and that’s a shame. However that doesn’t mean the games created by White Wolf won’t live on. As I mentioned Onyx Path Publishing out right bought two of the White Wolf intellectual properties and have an agreement to publish the most well known White Wolf games, World of Darkness and Exalted.

From where I’m sitting Onyx Path Publishing is the new White Wolf the only thing that’s changed is the name, oh and the fact the Onyx Path’s business model isn’t fucked up. The biggest change was printing book, or rather they no longer print books; they only release digital copies. For those who want a physical book they partnered with the print on demand company OneBookShelf to meet that need. They have also embraced Kickstarter to fund deluxe versions of their releases. Normally I think big companies who use Kickstarter to fund projects are assholes. They are taking advantage of a platform to advertise their game and get money they don’t need. The more big companies use Kickstarer the more the little guys who actually need the help, will be lost in the shuffle. In this case White Wolf’s failure was so damn big that Onyx Path is on the level with small indie companies.

The purchase of White Wolf Publishing by Paradox Interactive doesn’t have any effect on Scion and Trinity Continuum but it may have an effect on Exalted and World of Darkness games. It’s too early to tell if Paradox will choose not to renew the licensing for those titles or not. If they decide not to renew their licensing agreements we don’t know when the current agreement actually ends. Considering that Paradox has no experience publishing RPG books I doubt that they will change the licensing agreements.11)Again, mostly information gleaned from the Onyx Path Publishing page http://theonyxpath.com/about/faq/

What About Video Games? 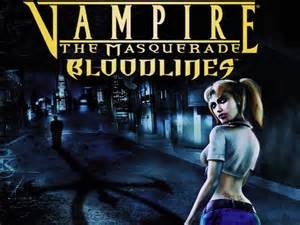 The purchase by Paradox Interactive undoubtedly means they intend to turn the World of Darkness and Exalted IPs into video games. While they could do nothing, sit back and gain a small but steady income from Onyx Path that would be stupid.  In the past there have been video games based on World of Darkness, the last one, Vampire: The Masquerade – Bloodlines12)The wiki page for Vampire Bloodlines https://en.wikipedia.org/wiki/Vampire:_The_Masquerade_%E2%80%93_Bloodlines, was released in 2004. While the game had several bugs it was a good game and did the setting justice. Sadly the developer, Troika Games13)Here’s the wiki entry for Troika Games, they only made three but all of them were loved and a big hit https://en.wikipedia.org/wiki/Troika_Games, went belly up a few months after release which prevented them from patching the game or capitalizing on its success.

Honestly the issue isn’t that Paradox will make a shitty game, I expect it to be mechanically sound, my issue is that they will take the settings in the wrong directions and screw it all up. If they choose to develop a game in house I have no idea how it will turn out. The genres of games they typically develop in house do not fit either setting, not how I see it. I would be happy to be proven wrong, but I doubt that will happen. They did say that “White Wolf Publishing will operate as an independent entity with a dedicated team.” I don’t know if this means they are keeping the team from CCP or if they will put together a new team. Either way it moves them further away from the original source that made White Wolf White Wolf. Even with a separate and dedicated team I still think it more likely they will publish the games and license out the worlds to other developers. Another route that I think won’t end well.

Both games need to be set in a more immersive world. Isometric is alright for D&D like games, but Bloodlines was created as a first person shooter and would be the better direction to go. In Bloodlines they managed to mix action, role-play and investigation very well and I’d like to see more of that with a new World of Darkness game.

While a new World of Darkness game would be nice, I’m much more interested in an Exalted game, it’s also the game I figure they will fuck up the most. It’s unique and provides lot of avenues for a game maker to explore. When I think of an Exalted video game I think of something that allows you to do some earth shattering things on a daily base but placed in a world where doing so could get you hunted and killed. The game would have to have sandbox elements but the exploration and various quests that come with sandbox games would need to add to the overall story of the game, not just some busy work for loot. The combat would have to be over the top and intense and there would need to be serious diplomatic confrontations that need to make good use of a well built social system, a system I’m not sure I’ve seen in a game before.

But, all of that is wishful thinking. I know my opinions and ideas are my own but I also know they are awesome. No matter what they do I’m sure I’ll be disappointed, well, unless they end up reading this, and decide to hire me on as a game designer or consultant or something. In that case the final product will be amazing and genre defining. When they release more information concerning the future of White Wolf Publishing, I’ll make sure to let you all know what’s going on.