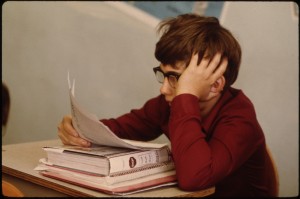 The Third and final part of the the Esports article. This covers the four major MOBAs, Heroes of the Storm, DOTA 2, Smite and League of Legends. I did some of the homework so you didn’t have to.

So Why Should I Care?

Well for several reasons. Firstly if you’re reading this you probably like video games and who doesn’t dream of playing video games for a living? Normally you had to either be making the games or be lucky enough to live near a game studio that hired people at minimum wage to be play testers! Well not anymore now you can play a game and make millions!

Well not really, at least not as easy as all that, becoming a pro gamer, like any professional occupation, takes a lot of work, dedication and talent and it’s unlikely that you, much like myself, can compete at that level but that’s okay. What’s great about the rise of the Esports is the level of democratization Esports brings to the world of sports. All you need is a computer, internet access, time and you’re set to be the next champ. There isn’t some agency separating you from the big leagues. Anyone can hop into the game and work their way up the ladder to earn a spot in the finals. The idea of having access to such a possibility is mind blowing.  With a dedicated team, a lot of effort and some time you could earn millions of dollars by next year; that’s fucking crazy!

So You Want To Be A Pro-Gamer

So you want to be a pro-gamer?  Good luck! Make sure you mention me as you move on up the ladder to the number one spot. Even before you start training your skills you have to decide which game you want to dedicate your time training in. While MOBAS have similarities and you can learn some basic skills that transfer between the different games, but if you really want to compete you will need to focus on just one game. I’ll be going over the four major MOBAS, Smite, League of Legends, DotA2 and Heroes of the Storm and outline some of the important differences between the four games.

If you were hoping to solo the Esports scene you are pretty much screwed. There are two major games where you could make decent, Counter Strike and StarCraft 2. It’s true their total prize pools are high but your chances of winning money are decreased. In a solo game there is one person who wins while in a team game it’s the whole team that wins. If you think you have what it takes to be the top dog in either game then go for it, I just don’t think single player games will be the future of Esports, which I find annoying, I’m more of a solo game player myself.

All of the games have the same basic mechanics, they are MOBAs after all. They have the same top down perspective and the key bindings are similar, that is all of them but one, SMITE. It is probably the most distinct, rather than the standard top down view it uses the third person perspective. This is a huge difference!  The controls are a cross between a FPS and a standard MOBA which can make the transition from normal games to a MOBA game. It also makes you feel like you are in the battle and creates a sense of urgency you don’t find in the other MOBAs.

All four of the MOBAs have different levels of complexity. All of the games feature a diverse range of characters with different builds. The big difference is the addition of items. Heroes of the Storm is the only game which does not add an item shop in game, this is a big deal, by not having items plays don’t have to worry about building a specific item build to counter the other teams item build. Proper use of item creation is, in my opinion, one of the hardest aspects to learn, you continually have to reevaluate what items you want to buy to counter the other team.

The lack of this added level of complexity in Heroes of the Storm makes it easier to learn, it also makes it harder to give yourself an edge. If you think that you could handle the extra complexity of item creation then it might be best to focus on one of the other three games. Being able to handle that will further separate you from the casual players and those players who aspire to be the top dog.

If you are just starting out in a MOBA and intend to choose one to master you should probably take the length of the average session into account. Now each match will be different and take different lengths of time but that’s the point of averaging. If you’re just starting you will have to play countless matches and if you save even 5 minutes versus playing one of the other games, it will add up to a savings of hours.

In my experience there is a clear looser here and that is DOTA 2 it averaged between 30-45 minutes a game. Even if you find a different average than what I experienced DOTA 2 will still take longer and here’s why. DOTA 2’s lanes are just longer. The distance between the bases makes the match go a lot longer, even with their use of couriers to deliver items. The added of a courier to delivers items is a nice touch but it feels more like a poor work around to lengthy lanes.  The length of lanes also changes play style a little, it makes you less able to respond to events on different lanes. Some people may enjoy that and if you do then that’s great but it will take you longer to master the game.

The other three games had similar average times. The lack of items in Heroes of the Storm seemed to help make the matches faster but it was negligible.

Another factor is performance which I found varied wildly. There will be several factors, your computer, your service carrier, your physical location just to name the major ones. I have a decent computer that exceeded all the minimum requirements. That just left issues of location and carrier, a problem that isn’t something I or really, anyone can fix, especially if their options are limited to two or three internet provides.

League of Legends easily won this little bench mark. It ran smoothly, no graphical issues and the load times, compared to the other three was the quickest. Considering LoL is the oldest of the four games they should have all those bugs worked out.

DOTA 2, you disappointed me. The load times were longer than they should have been. They have added a lot of neat and shiny graphics in the main menu but it still seemed choppy. Granted the choppiness was mostly out of game and when it appeared in game it didn’t affect the game play.

Heroes of the Storm looks nice and the lobby area works fine. THe load times can very a lot and I’ve ended up being disconnected more than a few times. Aside from when the game cut out all together the issues didn’t cause a problem and were just annoying. I did all the usual checks to make sure it wasn’t a problem with my computer and it wasn’t it was just Blizzard, which I’m not s upraised. I’ve had huge issues with World of Warcaft. The response I got from costumer support is “It’s not us it’s your carrier”, which I call bull shit. I switched carriers a few months ago and the issues still continued.

Then there is Smite. I have to say this was my favorite of all the games, the perspective made it more accessible and to top it off their heroes are created from Mythology but their game can be unplayable. They had some serious video stutter.  It seems a lot of people have experienced this and it goes back to beta. Sometimes there is no issue but when there is the stutter can last for several seconds. That doesn’t sound like much but when you can go from full health to dead in a second it matters.  I wouldn’t recommend focusing on this game as a means to break into Pro-Gaming solely based on that one issue.

Well that’s it, the end, I  only covered some rather basic things which is all I intended to do. It should be enough to help you weight some of the pros and cons. Even so you should try them all for a little bit and see which one is just more fun. The factor should be in there somewhere. Here is a summary of the games

Smite (Worse Choice) Unique perspective and game play, the auto items can make getting into the game easier but they have severe server issues that can make it unplayable

DOTA 2: (Time Sink) Generally runs well, no big server issues and a large community with the backing of Valve, which is huge but the game just takes a lot longer than the other three.

Heroes of the Storm (Easiest to Learn) No items to worry about, matches are fairly short and for solo pickup games the wait time minimal, runs well but can have annoying server issues but usually affects load times than game play, The ease of play means there will be harder to separate you from the rest of the community.