The Apathetic Gamer > Blog News > The State of the Blog 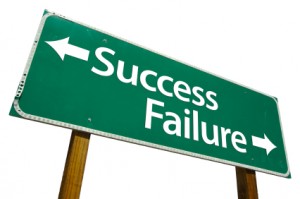 State of the Blog Address

It’s been a little over 8 months since I made my first blog post1)A link to my first post.  Since then I’ve written 27 posts, nearly reaching my goal of one post a week. That alone is a huge victory considering most bloggers give up after only a few months.

Along the way I’ve tried a few different things, some, like streaming, turned out not to be my thing. In the future I may do some live streaming with friends but not with any dedicated schedule. Then there have been some things that were just too time consuming to tackle such as YouTube videos; although, unlike streaming, I fully plan on going back and tackling my video goals as time allows.  It could be said that the last 8 months that my blog has been rather directionless and whoever would say that wouldn’t be wrong. . A large part of my intentions for the blog had to do with following my adventure in game hopping; however since then I’ve realized doing that just isn’t enough to sustain a blog.

If all I wanted to do was generate more hits I would just pay attention to Google Analytics keep writing about Diablo 3 and World of Warcraft. Those were a relatively huge draw but frankly, I get tired of those games and don’t go back to them for weeks or even months sometimes. So I won’t be doing that.

I had a blast researching and writing my e-sports article, but as much fun as it was, it was also a lot of work and didn’t have much of a payoff in terms of adding to the blog. It was much drier than any of my other posts and not a huge draw. So will I be doing more academicish writing? Probably not.  So where does that leave me? 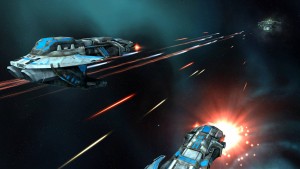 In the end it goes back into writing about the things that I’m currently interested in. How could it be anything else? However, this time it will be more structured. I have recently been playing Sins of a Solar Empire: Rebellion2)Link to the wikipedia for Sings of of a Solar Empire https://en.wikipedia.org/wiki/Sins_of_a_Solar_Empire and I love the game, but more importantly I love how the game gives me the tools to create awesome space screenshots. The other night I played a game for about 6 hours and half the time was me pausing and composing wonderful screenshots. To that end I hope to be giving the site more eye candy to view. I’m still not exactly sure how I will be displaying the screenshots but keep an eye out for posts dedicated to the subject for Sins of a Solar Empire as well as future games.

I will also be focusing indie games. I was talking to an acquaintance of mine3)You can find his company, Tiny Horse Games at Facebook or Twitter and you can see his game Mimic Arena on Steam Greenlight who is an indie game developer and added him to my twitter. To my surprise a few of the developers who were following him started to follow me and started looking at their projects and thought to myself “Hey this might be fun to write about.” Then just this last weekend in Oregon there was an Indie Game Convention4)A link to the Con’s website http://indiegamecon.com/index.html  that I had no idea that existed. When I saw this I watched some of the streams and found out there are a lot more indie developers in my area than I thought about. It’s that realization that cemented my other theme for the next few months, Indie Games.

So over the next few months I hope you will find my blog more focused and more entertaining than ever before. You’ll start to see some of the changes in the next few weeks.